With Vuo, non-programmers will be able to create their own multimedia software for interactive art and music performances, animations, visualizations, games, special effects, museum exhibits, kiosks and other artistic projects. Rather than writing code in a traditional computer language, the composer will drag and drop building blocks onto a canvas, connecting those blocks with cables to create the composition. Unlike most programming environments, artists will be able to interact with their Vuo compositions while they are running, allowing for live improvisation.

Teachers can now use an iPhone/iPad app to keep track of students' attendance. With "All Here!", a teacher can take attendance, e-mail attendance records, put students into groups, and even play a game to learn students' names and faces.

Gore, Granholm, and Uygur used UltimateLogger while watching the debate to bookmark clips they wanted to talk about in Current TV's post-debate analysis. Through a custom user interface designed specifically for the debate, they logged the time and some details about each clip at the touch of a button.

Commissioned and designed by Christopher Keath, UltimateLogger was originally created for use by sportscasters. But its support for customized user interfaces made it the perfect candidate for the GOP debate.

"Everyone was impressed," said Keath.

Decimator lets you quickly and easily look up Dewey Decimal numbers. You can browse or search, even without internet access. Decimator supports 10 languages. 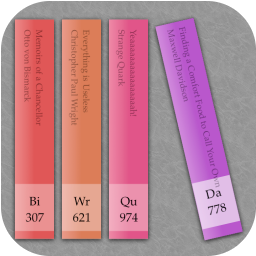 Bowing Fun generates random string crossing exercises for violin, viola, cello and double bass to develop sight-reading skills and agility. Exercises are printable and can be individually programmed for any level of difficulty. Included is a custom option for use in developing finger strength and pick speed on guitar and other string instruments.